The Role of Tenant Representatives in the Wireless Industry 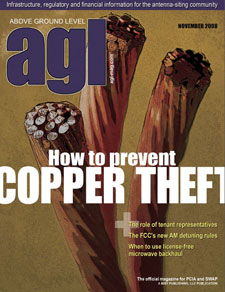 If you were paying double, triple or even quadruple the rent than the guy next to you was, what would you do about it? That’s what carriers recently started asking themselves when they re-evaluated the cost of leasing ground space for towers and rooftop space in a drastically changing and increasingly competitive marketplace — the wireless industry. Any business person worth their salt wouldn’t be caught dead paying anything other than fair-market value on their leases, right? But how does a company with a complicated national real estate portfolio begin to manage the process of right-pricing their rents?

That’s where tenant representatives come in. Often referred to as lease optimizers, these industry specialists are sometimes accused of using scare tactics to bully landlords into giving up their rents for bogus reasons. But like any industry, the ethics of the players vary from company to company. At Md7, we pride ourselves on our ability to be smart real estate asset managers who present landlords with the logical reasoning behind why the carrier is seeking to renegotiate the lease.

Let’s take a look at the changes happening in the wireless industry that have compelled carriers to retain tenant representatives.

With a 2007 census of more than 213,000 cell sites nationwide (versus less than 23,000 in 1995), wireless carriers have officially acknowledged the magnitude of their real estate portfolios. In fact, cell site leases represent the largest expense for wireless carriers internationally second only to payroll. Managing these costs has become a priority as carriers navigate their forward planning and the new technology that continues to profoundly impact the growth of their cell site networks and services.

The industry is experiencing the perfect storm when it comes to expense control. More than four out of five consumers own a cell phone. Historically, carriers realized profits by adding subscribers, but with market saturation fast approaching, attention has turned to converting subscribers by offering “all you can eat” plans and popular service bundles. This, in turn, has lead to a significant decrease in the average revenue per user as carriers offer competitive pricing to lure subscribers. This is evidenced by media reports that the average local monthly wireless bill has fallen approximately 30% in inflation-adjusted dollars. The trifecta of this storm is that the carriers’ cost per user is going up thanks to escalating rents and the ongoing network investment necessary to sustain increasingly hi-tech services.

Given this market dynamic, carriers are under intense pressure to control expenses, and what’s their current priority? Cell site and tower leases. A by-product of the wireless industry’s growth strategy since its inception, expanding the network was initially more important than evaluating rents. Now, carriers are taking steps to manage their commercial real estate interests with the same savvy indicative of corporations focused on maximizing their investments.

But commercial real estate is a complex business and for decades professional landlords have hired brokers to monitor the competition’s lease terms and conditions. Large office complexes employ full-time professional property and asset managers to represent their interests.

Less than 10 percent of brokers focus exclusively on representing tenants, a more recent industry segmentation that equalizes access to critical market information. Most Fortune 1000 corporations currently utilize tenant rep services so they can be informed about competitive lease terms and conditions. Now this commercial real estate management strategy is overtaking the wireless industry and a new niche has developed for the administration and evaluation of cell site and tower leases. With their sprawling nationwide networks that function in dozens of markets simultaneously, carriers require yet another level of specialized tenant representation, which is what Md7 does.

Md7’s job is two-fold. First, we conduct a market analysis of competitive lease rates and alternate site locations in the area and propose terms that accurately reflect the fair market value of the space the carrier leases. For example, what a carrier pays per square foot for a 250-square-foot rooftop space usually exceeds by two to four times what an interior tenant is paying for a more premium space that includes building amenities and services. Regarding ground space for tower leases, the inequity arises when the carrier rents space on a quarter acre of land and pays a monthly fee that is equal to what it would cost to purchase the land outright.

Second, Md7 inventories the terms of the lease to ensure that it does not inhibit the carrier’s ability to keep the site in sync with rapidly changing technology. Cell site leases were originally designed to accommodate equipment that provides cellular phone service. But the industry’s swiftly moving techno-evolution is making futuristic novelties like mobile Facebook not only a reality, but a consumer demand. About 56% of mobile devices are already capable of browsing the web. Several carriers are now spending billions to build the new 3G and 4G networks that accommodate these services. To do this, they need fair access to their sites to continually upgrade the equipment.

According to the CTIA (International Association for the Wireless Telecommunications Industry), wireless companies have invested almost $190 billion in capital since the introduction of the national regulatory framework, not including tens of billions paid to the U.S. Treasury for spectrum —the bandwidth necessary to accommodate the advanced technology of services the market demands.

The bottom-line reality of today’s market is that it’s costing carriers more to run a business that is yielding less profits. As a business person, what would you do to get control? Clearly, landlords want to be treated fairly and want to make money. So do carriers. But the fact is, carriers’ priorities are changing and they are managing their escalating rents much more closely. As the carrier’s tenant representatives, Md7’s end-goal is for landlords to retain the carrier’s business so that both parties realize the full value of the cell site.