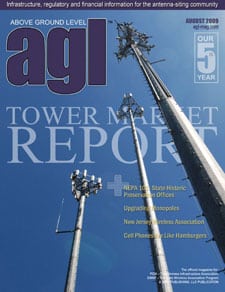 Whether or not you are a McDonald’s restaurant fan, there is no denying that the foodservice retailer has one of the most successful business models ever conceived — and not for the reasons you think. When McDonald’s Corporation founder Ray Kroc asked a group of business students what business he was in and they replied “fast food,” he quickly corrected them and said, “No, I am in the real estate business.” Although McDonald’s Big Mac hamburgers may have been a tasty fast food novelty, it was Kroc’s well-selected real estate that actually sold burgers. But there is much more to that story.

In a similar manner, you could say that the operators of cellular networks are not in the “phone business” but in the real estate business. Without well-located cell sites, they would not have adequate coverage and thus could not sell much airtime no matter how cool the latest handset. Although well-managed real estate has proven to be the key to a successful business model, wireless network operators haven’t exactly followed Kroc’s path. Let’s take a look at the lessons operators could learn from hamburgers.

Kroc struggled to make money in what most consider to be his primary business, selling the method originated by brothers Dick and Maurice “Mac” McDonald for mass-producing hamburgers in less than a minute. Kroc credited Harry Sonneborn, a former vice president of finance at Tastee Freeze who became McDonald’s chief financial officer and later its president and chief executive officer, for McDonald’s “real moneymaking engine . . . its little-known real estate business,” wrote John F. Love in McDonald’s: Behind the Arches. 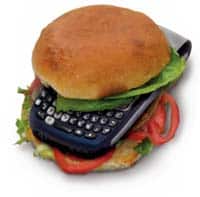 In 1955, Sonneborn suggested that McDonald’s should control the real estate used by franchisees, as the idea was described in Forbes Greatest Business Stories of All Time by Daniel Gross and the Forbes magazine staff. In 1956, Sonneborn helped Kroc create Franchise Realty. Through Franchise Realty, McDonald’s made money by “leasing or buying potential store sites and then subleasing them to franchisees, initially at 20 percent markup and then 40 percent markup,” the book said. Eventually, franchisees would “then pay McDonald’s either a minimum rate or a percentage of sales …and … the company would collect more and more rent as its costs remained constant.”

In the early days of McDonald’s growth, Kroc would fly over the growing suburbs looking for open land near a church steeple because he wanted to be where the people were. In the cellular phone industry, I am sure a site acquisition agent or two also have driven around looking for church steeples.

Besides the fact that cell phones don’t taste good even with cheese, the difference between the two industries is in those early days of rapid growth. Unlike Kroc, who flew the countryside looking for the best locations to lease to franchisees, tower site acquisition agents drove every back road and alley looking for the best coverage, as fast as they could. They weren’t focused on making a profit for their clients on the real estate itself. Most weren’t even given incentives to find the best deal, because signed leases were pay points on their service contracts, regardless of rent amounts. In the end, they were more interested just getting a site leased so the operator could offer coverage more quickly. But as they say, location, location, location is the key to real estate, and if the cellular operators weren’t going to watch the long-term dollars spent on those sites, someone else was. The two primary beneficiaries were the tower companies that started popping up nationwide and the thousands of real estate owners who just happened to own the tallest site in an area or the one at a critical roadway intersection. Because cellular operators were more focused on speed to market and coverage than they were on the price of real estate, debt was bound to fund tower development and building owners got insane deals for rents on what is, for the most part, unusable space — rooftops.

The hamburgers and cell phones comparison diverges further. There are far more cell sites offering coverage than there are McDonald’s locations offering hamburgers, and the operators built their networks as tenants rather than landlords.

This is the defining difference between cell phones and hamburgers. Kroc made more and more money from his real estate holdings as their leases transpired, but the cellular operators are experiencing ever-escalating rents costs and tighter margins. Over the long term, rent is by far the largest expense in operating a cell site. This is an expense operators didn’t pay much attention to when they were rapidly expanding networks and adding subscribers. Now they have no choice but to focus on it.

Kroc followed Americans to the suburbs, and cellular network operators are following the world everywhere. There are more than 30,000 McDonald’s restaurant locations worldwide. That does not even begin to compare to the more than 242,000 cells sites nationwide, a number that will continue to grow exponentially during the next five years. And we are far more addicted to our phones than we are to our burgers — well, most of us, anyway. All this is said to make the point that operators of cellular networks would do well to think like Ray Kroc and take command of their real estate before the networks collapse because of untenable operating costs.

Biographers describe Kroc as the ultimate competitor who was so ruthless that after buying the naming rights from the McDonald brothers for the outrageous price of $2.7 million, he opened a location one block from their original store just to drive them out of business. He was also obsessed with standards, such as his insistence that all potatoes be cut to exactly 9/32 of an inch to become a McDonald’s fry. Cellular network operators are obsessed with standards, too. They are constantly trying to “raise the bar” so you can “hear me now” when we “stick together” on the “now” network. But historically, they have not been competitive in the management of their real estate portfolios.

Real estate is the core asset for thousands of companies, and they manage it as such. With the exception of oil and gas exploration companies and railroads, rarely has a company had as large a real estate portfolio as cellular operators. From the beginning, the cellular network operators have focused on their “hamburgers” — that is to say, their technology — and have done a great job of it. But now they need to focus on their real estate assets either internally or through outsourcing, or their “hamburgers” won’t be worth a dime.

This realization is dawning on operators around the globe. I argue that President Obama is not the only change we will see in the next few years.